Looking to create your own

Learn how in just 10 minutes a week ~

You want to raise your children with Catholic Montessori, but you can’t figure out how to put the theory into practice.

You’re trying to get your children to behave without using bribes, rewards, or threats, but nothing is working.

You feel stuck and worn out.

This child raising business can be crazy frustrating and discouraging.  It can also leave you wondering . . .

"What am I doing wrong?"

You have a problem that most parents have –

Simply put . . . you’re focusing on the wrong things
in the wrong order.

Here’s the thing, though: it’s NOT your fault.

Your parents probably didn’t learn how to be great parents, so they couldn’t model those skills for you.

Now you’re ready to develop those skills for yourself.  And you want something that works.

An effective child raising method should:

“By their fruits,
you shall know them.”

You can make this happen:

You Don't Have
to stumble forward alone

For the past 20 years, parents have been telling me stories about their children.

My children tell me, “Mom, people just tell you stuff!”  It’s true.  (When we meet, ask me what happened at Best Buy.

. . .  I thought I was going to be a great mom.  After our first child was born, I realized that I didn’t know a whole lot.

When I found Catholic Montessori, I knew it was our child raising map.

Montessori’s Four Planes of Development Theory came to life before my eyes as our family grew.

I’ve been where you are.  I understand what you’re going through, and I have the know-how, experience, and desire to get you unstuck in your child raising.  Why?  Because I’ve been raising our sons and daughters, Catholic Montessori style, for 20 years.  Someone pointed out that

My children are my resume.

Even though I’ve listened to many different people through the years, I keep hearing the same stories over and over.

That’s because human nature doesn’t change.  The God-given nature of children does. not. change.

And that’s why you CAN create your own Catholic Montessori home.

After you get child raising right, your life will be more joyful than you’ve ever imagined possible.

With enough time and effort, you could figure this out on your own.

But Here's the Problem ~

Time is not on your side.

Your children won’t stop growing
while you’re figuring things out. 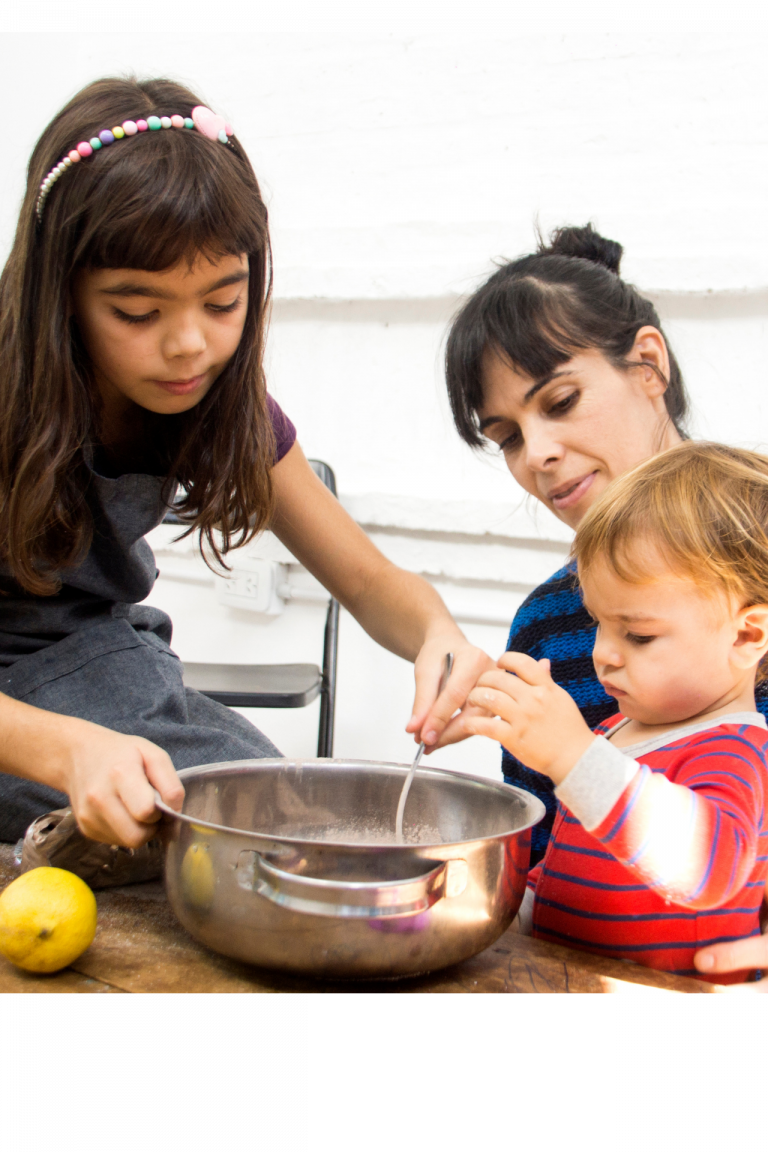 The first of its kind, this is your private online retreat that features Courses with new content added weekly and a welcoming Community.

Spend a little time learning Catholic Montessori – then a lot of time doing.

Get the guidance, encouragement, and support you need along your own child raising journey.

After working through the Courses, you'll:

be able to apply Catholic Montessori theory in a practical way

learn through listening to private audiocasts

discover the best of Maria Montessori in
exclusive articles

get inspired and reminded by the quick start guides

refresh your memory by taking the fun mini reviews

Through the Community, you'll:

get honest answers to your Catholic Montessori questions

take part in live events with your fellow Hamleteers

reach the Community through a mobile app or your desktop

We've been working to improve our children's behavior at Mass. They did really well at the long Holy Thursday and Good Friday liturgies! Thanks for your help! 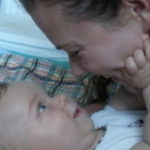 Crystal G.
California
Thank you for all of your suggestions, support, and encouragement! Having accountability like this is really helping me stick to my resolutions. 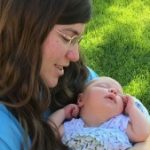 Graciela M.
Nebraska
It's really great to have the checklist for this Advent retreat! Thanks for the boost of feeling accomplished. What really happens inside The Hamlet?

A word of gentle caution about child raising with Catholic Montessori:

If you're looking for a quick fix,
this is not for you.

The Hamlet is designed for moms who want to support their child’s development from 0-24 in a Catholic Montessori framework.  Success requires an open heart and a marathon mind.

But I can’t help you if you don’t practice what you learn.

The Hamlet is about taking your burning desire to become a Catholic Montessori mom and hitting the accelerator.

This all starts with you.

What's the difference between Catholic Montessori and plain vanilla Montessori?

Catholic Montessori is Montessori as Maria Montessori herself told us.  That’s why any approach to Montessori that leaves out her Catholic worldview and the Catholic element is incomplete.

“There is a striking resemblance between the method of the Montessori school and the method of the Catholic Church, in the manner in which both institutions adapt themselves, in practice, to the psychological nature of man” (Montessori, The Child in the Church, 1930, p. 144, emphasis original).

Speaking of visiting priests, she noted, “Although these Fathers neither knew me, nor knew that I was a Catholic, and, although in my book, I made no direct profession of religious faith, it seemed to them that in its very substance my method was Catholic. . . . [Principles of my method] all were pedagogical principles which seemed to [the priests] to emanate from, and to be directly inspired by Catholicism” (ibid., p. 2, emphasis mine).

Can't I find all this information for free on the Internet?

If you can, please let me know!

I couldn’t find practical, comprehensive information on Catholic Montessori child raising on the web, so I created these Courses and this Community to pass on what I’ve learned.

Can't I just read Montessori myself? Why do I need to join The Hamlet?

You absolutely can read Maria Montessori yourself.  And at some point in your child raising journey, you’ll probably want to.  (Just be sure you’re reading a faithful translation.)

And you certainly don’t need to join The Hamlet.  Like I said above, with enough time and effort, you could figure out Catholic Montessori child raising on your own.

The value of The Hamlet is:

What makes The Hamlet different from what else is out there? Why do you think you can help me?

Most of the Montessori information on the Internet:

The Hamlet is different because it:

I do my best to share with you my know-how and experience.  But I can’t presume to guarantee your success.  At the end of the day, your success will come from the effort you put into this.

What kind of Montessori knowledge should I have before joining?

You’ll have everything you need with:

When is the best time to join?

Whenever you’re ready to commit.

And if you’re really  asking my opinion, I’d echo the saying, “The best time to plant a tree was 20 years ago.  The second best time is now.”

Who's not a good fit for The Hamlet?

Any parent looking for a quick fix or unwilling to try a very different way of child raising is not a good fit.

Also, a Hamleteer should want to take action.  The focus of The Hamlet is on < 1% learning, and 99+% doing *.  The main purpose of the Courses are to give you practical ways to use  Catholic Montessori theory in your child raising.

Who's a good fit for the Courses-only membership?

This membership level is designed for you if:

Who's a good fit for the Courses & Community membership?

This membership level is designed for you if:

Child raising is hard enough.  And when you’re taking a different path, it can be even harder.

The Hamlet Community exists so I can provide you with general support in your child raising journey, as well as help you connect with other Catholic Montessori parents.

I'm not good with tech. What if I have trouble using the Courses and Community?

The Courses and Community are easy to navigate by clicking to browse around.

If you do run into a snag, I’m here to help.

Email me at hello -at- catholicmontessorihome.com

I'm really struggling and need personal, 1-on-1 coaching. Can I get help with that in The Hamlet?

Yes, I do!  I currently have a few spots available for 1-on-1 coaching.

I also offer Silver and Gold Private Coaching Subscription Packages.  Each package includes private, personalized sessions (2 or 4 sessions per month), plus full access to the Courses & Community.  Sign up through this link.

If The Hamlet's not for me, can I get a refund?

After you purchase a membership, you’ll have 3 days to cancel and receive a full refund.

Refund details are spelled out in the Code of Conduct & Privacy Policy, which you have to agree to during the welcome process.

(Heads up ~ this is 3 days from the purchase of your membership, not 3 days from your first log in.  So be sure to go through the welcome process and log in right after you become a member.)

If, later on, The Hamlet isn’t right for you, you can stop your automatic renewal any time.

If you do cancel, you will have full access until the end of your current billing period, and you won’t be charged again.

Still not sure?  Email me any questions at hello -at- catholicmontessorihome.com

My question isn't answered here. How can I contact you?

Email me any time at hello -at- catholicmontessorihome.com

I do my best to answer within 2 business days, Monday – Friday.  And if you don’t see a reply from me, please look in your spam, junk, and promotional folders, and pull my email into your inbox.  This action starts “training” your email provider to put my messages in your inbox in the future.

Those email filters can be sneaky and overly “helpful”!  🙁 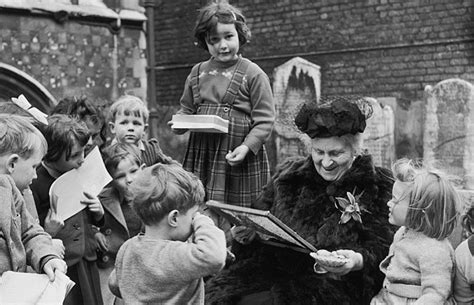 It doesn't have to take 20 years

to create the home you want.

Together, we’ll go on this Catholic Montessori child raising journey to establish calm, peace, and joy in your family.

Smart people learn from their own mistakes.

Wise people learn from the mistakes of others.

Do you want to be smart or wise?